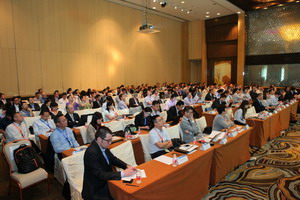 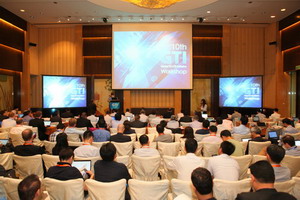 On the eve of Mobile Asia Expo 2014, lasting from June 9 to 10, Shanghai witnessed the opening of the 10th Global TD-LTE Initiative (GTI) Workshop, which brought together over 200 representatives from international operators and vendors to tackle issues in the commercialization of TD-LTE.

Operators – including China Mobile, Sprint, Soft Bank, Korea Telecom, On Telecom, and Vodafone – together with vendors such as Huawei, ZTE, Ericsson, NSN, and Sony, attended the event.

During the conference, China Mobile presented the latest developments on next-generation converged communication, and its technical demands on device, network, and service platform. It is expected to enhance the comprehensive understanding of converged communication and win over support from every link in the industry chain. Optus of Australia and First Media from Indonesia respectively introduced the significant advancements in the commercialization of their TD-LTE networks, as well as their strategies in later operations.

Since its establishment in 2011 by China Mobile with SoftBank, Bharti Airtel, Clearwire, and Vodafone, GTI has played a significant role in promoting the global deployment of TD-LTE and the development of relevant areas including technology, products, commercialization, and business applications.
As of May 2014, GTI has 108 operator members and 86 partners including vendors, research institutes and international organizations. It has pushed forward over 400 TD-LTE terminals for commercial use, and facilitated the launch of 37 commercial TD-LTE networks worldwide.

GTI Summit to kick off in Barcelona...